Presto is a distributed query engine designed from the ground up for data lake analytics and interactive query workloads.

Presto supports connectivity to a wide variety of data sources – relational, analytical, NoSQL, object stores including s search and indexing systems such as elastic and druid.

The connector architecture abstracts away the underlying complexities of the data sources whether it’s SQL, NoSQL or simply an object store – all the end user needs to care about is querying the data using ANSI SQL; the connector takes care of the rest.

How is Presto typically deployed?

Presto deployments can be found in various flavors today. These include:

Each deployment has its pros and cons. This blog will focus on getting Presto working on Kubernetes.

All the scripts, configuration files, etc. can be found in these public github repositories:

You will need to clone the repositories locally to use the configuration files.

What is Kubernetes (K8s)?

Kubernetes, also known as K8s, is an open-source system for automating deployment, scaling, and management of containerized applications. Kubernetes groups containers that make up an application into logical units for easy management and discovery.

In most cases deployments are managed declaratively, so you don’t have to worry about how and where the deployment is running. You simply declaratively specify your resource and availability needs and Kubernetes takes care of the rest.

Why Presto on Kubernetes?

Deploying Presto on K8s brings together the architectural and operational advantages of both technologies. Kubernetes’ ability to ease operational management of the application significantly simplifies the Presto deployment – resiliency, configuration management, ease of scaling in-and-out come out of the box with K8s.

A Presto deployment built on K8s leverages the underlying power of the Kubernetes platform and provides an easy to deploy, easy to manage, easy to scale, and easy to use Presto cluster.

Getting Started – What do I need?

To get your bearings and see what is happening with the Docker containers running on Kubernetes, we will first start with a single node deployment running locally on your machine. This will get you familiarized with the basic configuration parameters of the Docker container and make it way easier to troubleshoot.

Feel free to skip the local docker verification step if you are comfortable with docker, containers and Kubernetes.

To run through the Kubernetes part of this tutorial, you need a working Kubernetes cluster. In this tutorial we will use AWS EKS (Elastic Kubernetes Service). Similar steps can be followed on any other Kubernetes deployment (e.g. Docker’s Kubernetes setup) with slight changes e.g. reducing the resource requirements on the containers.

You also need to have a local cloned copy of the github repository https://github.com/asifkazi/presto-on-kubernetes

Before you go about kicking off your Presto cluster, you want to make sure you have node groups created on EKS with sufficient capacity.

Figure 3: Make sure your node group is successfully created and is active

Tinkering with the Docker containers locally

Let’s first make sure the Docker container we are going to use with Kubernetes is working as desired. If you would like to review the Docker file, the scripts and environment variable supported the repository can be found here.

The details of the specific configuration parameters being used to customize the container behavior can be found in the entrypoint.sh script. You can override any of the default values by providing the values via –env option for docker or by using name-value pairs in the Kubernetes yaml file as we will see later.

You need the following: 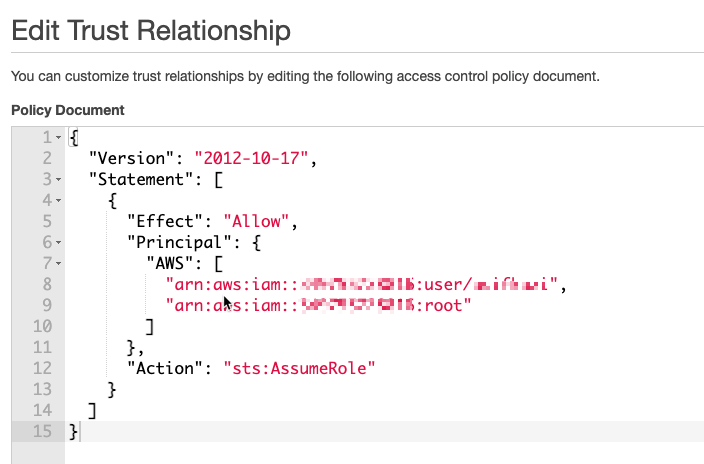 Warning: The permissions provided above are pretty lax, giving the user a lot of privileges not just on assume role but also what operations the user can perform on S3 and Glue. DO NOT use these permissions as-is for production use. It’s highly recommended to tie down the privileges using the principle of least privilege (only provide the minimal access required)

The command should show the mysql databases

The command should show the databases from glue. If you are using glue for the first time you might only see the information_schema and default database.

We have validated that the docker container itself is working fine, as a single node cluster (worker and coordinator on the same node). We will not move to getting this environment now working in Kubernetes. But first, let’s clean up.

Run the following command to stop and cleanup your docker instances locally.

Getting Presto running on K8s

To get presto running on K8s, we will configure the deployment declaratively using YAML files. In addition to Kubernetes specific properties, we will provide all the docker env properties via name value pairs.

Note: the space between the —  and bash is required

What? The pod was replaced by a new one presto-worker-tnbsb!

Apply the changes to the cluster

Check the number of running pods for the workers

Wow, we have a fully functional presto cluster running! Imagine setting this up manually and tweaking all the configurations yourself, in addition to managing the availability and resiliency.

In this tutorial we setup a single node Presto cluster on Docker and then deployed the same image to Kubernetes. By taking advantage of the Kubernetes configuration files and constructs, we were able to scale out the Presto cluster to our needs as well as demonstrate resiliency by forcefully killing off a pod.

Kubernetes and Presto, better together. You can run large scale deployments of one or more Presto clusters with ease.

Ready for your next Presto lesson from Ahana? Check out our guide to running Presto with AWS Glue as catalog on your laptop.